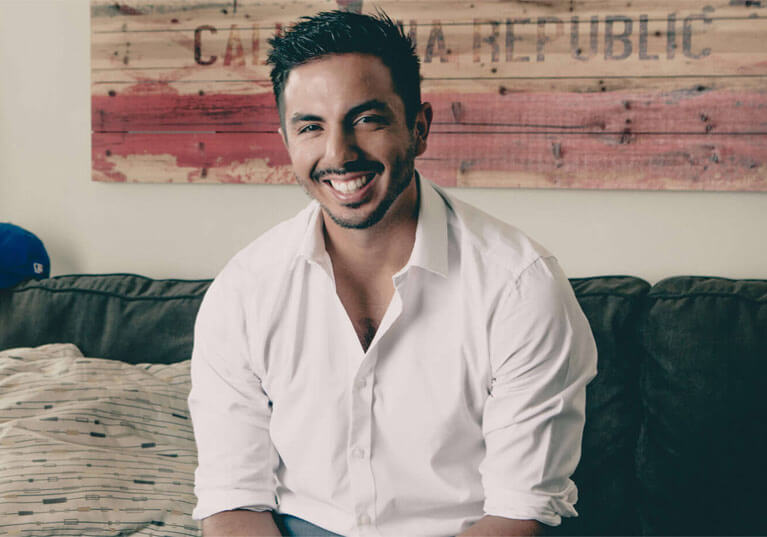 Anthony Thomas “Tony” Estrada was born on March 30, 1990 in Covina, California, to Martha, an X-Ray technician, and Mario Estrada, an LA Country Sheriff’s Deputy. He was raised in West Covina in an extended family and community that celebrated the rich traditions of the Mexican-American culture, which has proven to heavily influence his films and drives his commitment to increasing the presence of Latinos in front of and behind the camera.

Estrada earned a B.A. in Screen Arts and Culture from the University of Michigan, introducing him to global cinema and helped him to define his passion for filmmaking. Shortly after receiving his degree, Estrada was presented with the opportunity to teach film, photography and English grammar and literature at his high school alma mater. Concurrent to his teaching position, he worked as an intern for MGM Beverly Hills, where he was offered a job as an assistant to producer Adam Saunders, where he garnered financing for the company’s film fund. He then went on to work as an assistant to Lee Toland Krieger. While under Krieger’s mentorship, Tony produced, wrote and directed his first short film, Martha Cook, which played at the 2014 Santa Barbara Film Festival. During his time with Krieger, he developed pitches and worked onset with Krieger’s first studio motion picture, The Age of Adaline, and shot second-unit coverage for MTV’s Happyland.

In 2014, Tony wrote, produced and directed his second short film, For My Youth the Bell Tolls, which won the Audience Award at the 2015 ‘We Like ‘Em Short Film Festival.’ In between directing his own projects, Tony worked as an independent personal trainer, nanny to a family in Beverly Hills, and as a personal assistant. He then began working with Niagara Bottling, producing, writing and directing content for internal use. In the summer of 2015, he produced the short film Midwife.

In Spring 2016, Estrada wrote and directed his most recent short film Bridesman, starring Danny Trejo, his most successful film to date. The film played at festivals across the United States, including the Academy Award-qualifying LA Shortsfest. The film garnered national attention on both radio and TV networks.

Currently, Estrada writes, directs and produces pieces for brands, such as LYFT, Mattel, CBS/LA County, and Niagara Bottling, under his E Squared Entertainment banner. Estrada continues to pursue projects and opportunities that help develop the influence of Latinos in front of and behind the camera, including a dramedy television show, a musical, a docuseries, and a feature film on policing in the U.S.