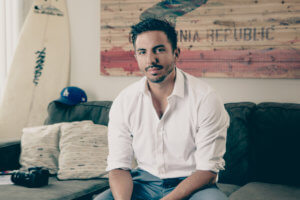 Currently 19-percent (57 million) of the more than 300 million individuals living in the United States are Latinos. In 2014, the digital entertainment news organization The Wrap declared that Hispanics were the most important moviegoing audience, comprising 20-percent of the audiences of all first weekend grosses. “Hispanics go to the movies an average of six times a year, twice as often as the average moviegoer,” per the MPAA’s report.

We have surpassed a tipping point prompting every person in our industry to rethink and re-strategize how we engage the exponentially growing Latino market. Industry talent agency powerhouses WME and CAA have launched respective strategies to engage this market. And entertainment conglomerates HBO, WB, and NBCUniversal offer diversity programs, which are all fundamentally vital initiatives.

I saw the Robert Rodrgiuez-directed film, Spy Kids, when I was 10 years old. As I reflect back on the resonance of Spy Kids and its shaping of my views of filmmaking, I realize it has informed my thinking and has dug to the root of my passion. Spy Kids was the first time that as a Mexican-American man, I looked up at the screen and saw two kids who looked just like me, whose families were like mine, whose music I recognized, whose jokes I understood, and whose ‘uncles’ (played by Cheech Marin and Danny Trejo) looked like mine. Spy Kids made a shade under $148 million worldwide off a $35-million budget. It currently holds a 93-percent certified fresh rating from critics on Rotten Tomatoes.

Currently, as a Mexican-American filmmaker, the content that I have committed to producing aims to play to general audiences, so that everyone can understand, with a measurable and resonant Latino influence embedded. I am confident that my most recent films, Bridesman and ¡Viva la Revolución! have done just that. The reception we’ve received thus far from audiences, as well as mentors and colleagues such as Lee Toland Krieger (Age of Adaline), has been humbling. With both films, we’ve done what we set out to do, to make ‘studio-type’ movies with Latino influences and actors. The best parts of these experiences have been working Latino stars Danny Trejo, who played Eduardo, the lead day laborer in Bridesman, and Maite Perroni, who plays Mrs. Guevara in ¡Viva la Revolución!.  From the moment I watched Spy Kids, working with Danny Trejo had become a lifelong dream. Working with a star of Ms. Perroni’s caliber, and who my grandparents recognized from telenovelas was really a special way of tying me to my family’s roots and traditions. We plan release ¡Viva! in the fall of 2018 and move Bridesman’s feature-length film into production in Spring of 2019 .

Bridesman and ¡Viva la Revolución! are not a means to an end. I see a potential trajectory of my career in which I continue to work to produce commercially viable content including statistically representative Latino characters. It is my steadfast belief that it is time to nurture the next generation of talent in front of and behind the camera, not just for the sake of inclusiveness, diversity, equality and art, but to also help lead our industry to even greater commercial success.